First of all he had an abnormal darkness of complexion, a truly saturnine tint. This darkness was the subject of comment from the first. His mother wrote jokingly to her sister-in-law that she had give birth to a black baby and to a friend in France that 'he was so dark that she was ashamed of him'. Show would send his portrait 'as soon as he is a littler fairer'. But Charles never did become fairer. Later the sobriquet 'the Black Boy' would be used, still commemorated in English inn signs.

Its Official, I am a Sinner

I have always been a sucker for pretty jet-complexioned women and I find myself infatuated with this image of the Virgin of Loreto from Římov, in the Czech Republic. She is too pretty to be an image of the Mother of God. I am smitten and I can't lie. She gives me a boner, and that makes me a sinner. What am I supposed to do? 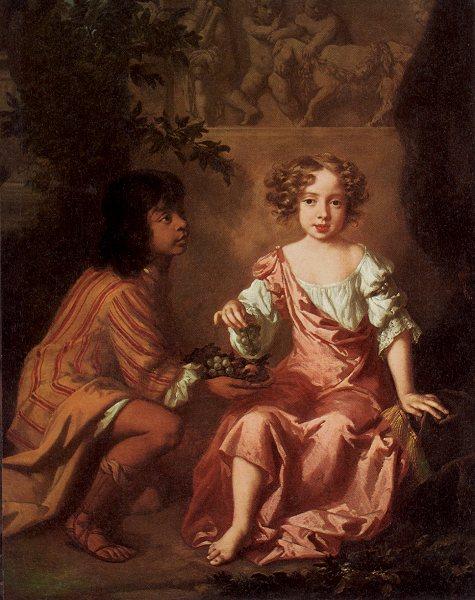 After engaging in some discussions to put my observations about the significance about black people in European paintings it is so apparent how some people refuse to take a hint and need everything spelt out to them in detail. On account of this have revisited my previous post to make my argument as explicit as I can.