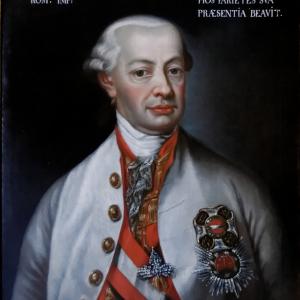 So you think considering Leopold II to be a brother is taking things too far.

Compare him with Paul Boateng here (Baron, I should add).

In our day and age we are Black and Proud and have no need for powdered wigs and faces.

Take a good look and tell me Leopold II wasn't a brother. Of course he was 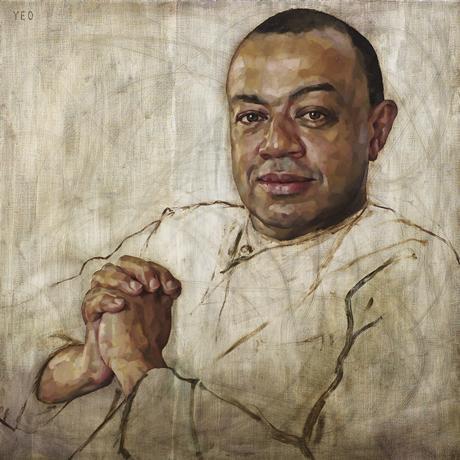 Or, some day in the future Paul Boateng might be mistaken for Leopold II and all the official portraits of Leopold II will be replaced by Paul Boateng's.

Which of the two is of the more distinguished look? 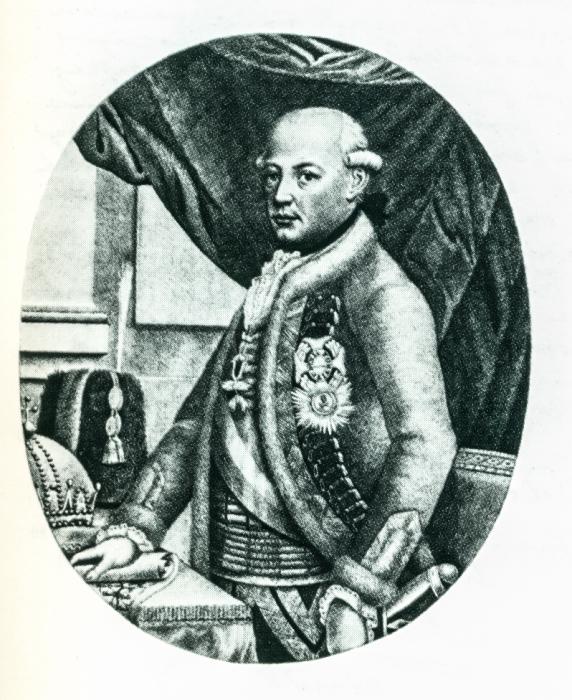 This is a portrait of Emperor Leopold with the Holy Crown of Hungary.

I don't have a picture of the Crown here, there are quite a few on Flickr. The features of the Saints on that crown are brown enough for them to be considered African or Asiatic as some commentators like to say. They would definitely fail the brown paper bag test. 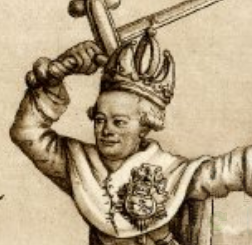 Here is a cutout from a cartoon featuring Leopold II in a duel with Robespierre. It gives me greater confidence that the portraits above are good likenesses
Related Pages:
The Holy Roman Emperor, His Daughter-in-Law, and their Soudanese Descendants
Joseph and Mary
In Honour (or Defence) of Egmond Codfried

Leopold II, Holy Roman Emperor, was clearly a white man. Where are the similarities between him and Paul Boateng? They look absolutely nothing alike. He clearly has Caucasoid features and shows absolutely no Negroid features. He looks exactly like his grandson Ferdinand I of Austria, who thankfully we have a photo of or you would've claimed him as black too.

Paul Boateng could never be mistaken as a late 18th century European emperor. You've got to be the most delusional Afro-revisionist I have ever come across.

You Negro revisionist are extremely pathetic.

"Most definitely an agenda, A Negro revisionist agenda"